What is the Songrium Smart Player?

Songrium enables a user to make a playlist of VOCALOID video clips, selected by various rules, and to autoplay it. It can be used to check out the newest releases, the most commented-on tracks, and more. All functions of Songrium can be used free of charge without user registration. 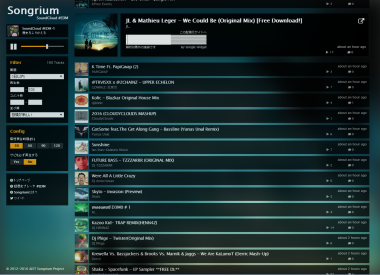 Autoplay a chorus section based on our automatic song analysis method

Songrium enables a user to jump straight to the chorus section, which is detected automatically by Songle. One may also autoplay just the chorus of each song in a playlist.

Songrium Smart Player is part of the Songrium Project at the Media Interaction Group of the National Institute of Advanced Industrial Science and Technology (AIST). We conduct research on media interaction technologies that can enrich people's music listening.